A crustless (yes, crustless!) quiche packed with spinach, artichoke, garlic, and melted cheese. Both gluten-free and vegetarian, this deliciously creamy quiche is healthy and perfect for any meal. 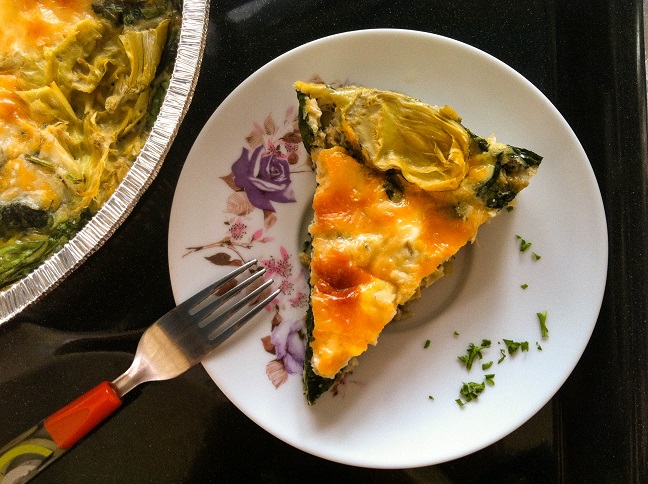 I’ve wanted to make quiche for the longest time but never got around to doing so until now. Since it’s my first time making it, I thought that it was best to start with the basics: spinach and artichoke.

I love that combination, don’t you? Spinach and artichoke complement each other so well, and the flavors aren’t too overwhelming.  I chose not to do a crust this time because my younger sister doesn’t like crusts (not on her quiche, her pies, or her pizzas!). But that’s also a good thing! One, it means that we don’t have to do those extra steps of making a crust. Two, you can splurge on more of the filling. Three, it’s gluten-free!

What I love about this quiche is that it’s packed with so many nutrients! You have so many vitamins from the spinach and artichoke, protein from the egg, and calcium from the milk. 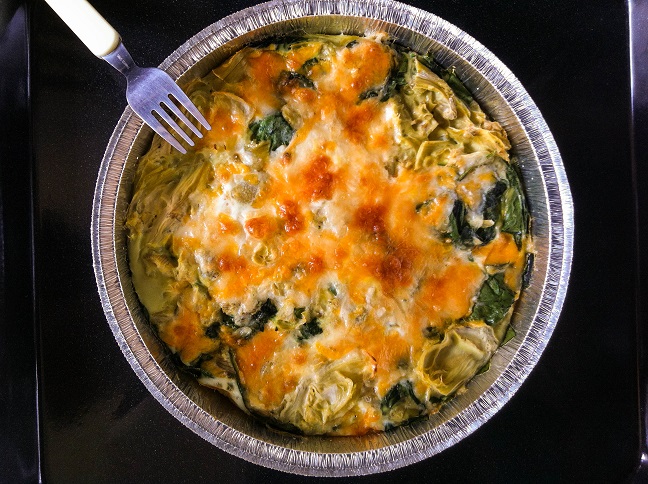 Preheat the oven to 350oF. Spray nonstick cooking spray onto a 9 inch round cake pan, or use olive oil to lightly grease the surfaces. Up to you. I actually don’t have a round pan in my growing baking supplies because I don’t usually make cakes or anything round so I just bought a disposable one for 25 cents. But I’m thinking I should probably invest in one for my future quiche making days.

In a medium sized skillet, add olive oil over medium to low heat. After about a minute, add in the minced garlic. Use a spatula to stir to cook the garlic evenly and to prevent it from becoming burnt. 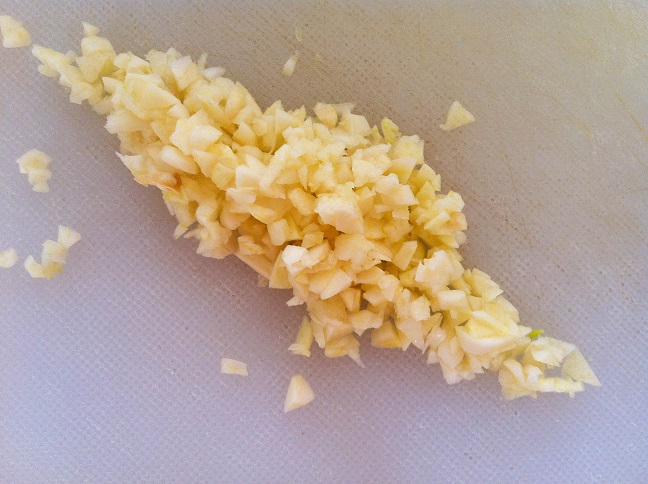 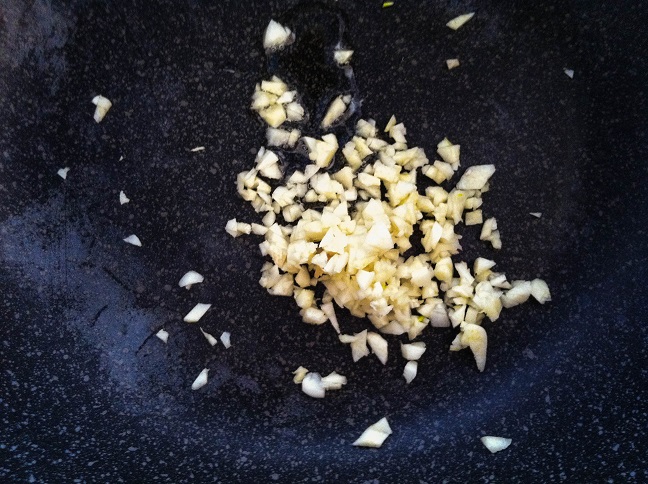 Just as the garlic begins to turn brown on the edges, add in the spinach leaves. Cook for about a minute just until the leaves begin to wilt. Vegetables contain a lot of water and as you cook, the liquid comes out. Make sure to drain all the water and blot the spinach dry. You don’t want any extra liquids in the spinach because that could cause the quiche to become soft and soggy, not something we want. I waited for the spinach to cool down a little bit and used a paper towel to blot and squeeze out all the liquid. 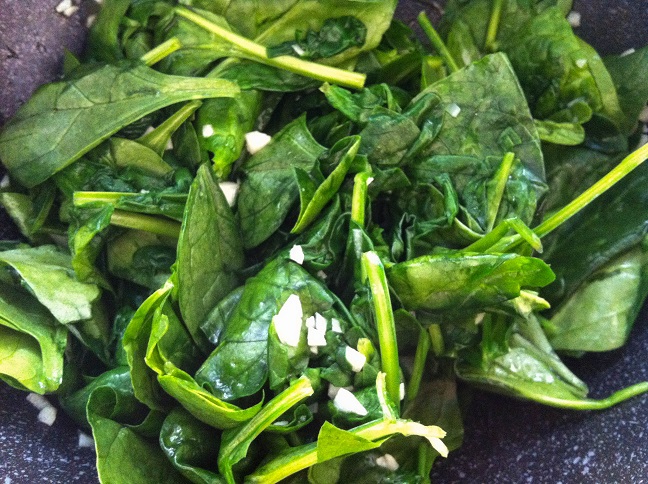 Place the garlic spinach mixture in the round baking pan. Set aside for now.

Chop up the artichokes into small pieces. Blot the artichoke with a paper towel to absorb excess liquid. Then arrange the artichoke on top of the garlic spinach mixture. Sprinkle the cheese on top and set aside for now. 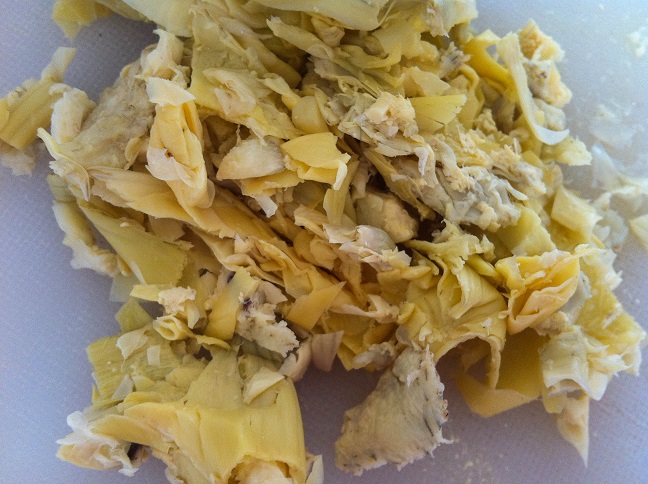 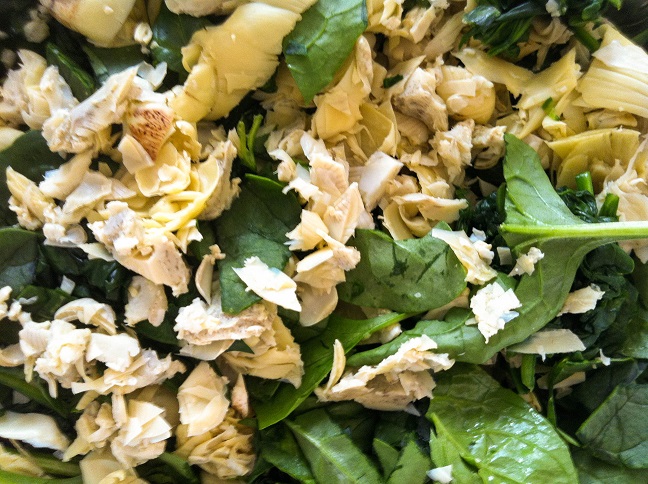 Crack four large eggs in a large bowl, and beat the eggs with a whisk. Then pour in the milk and a pinch of salt, and whisk until the ingredients are evenly combined. 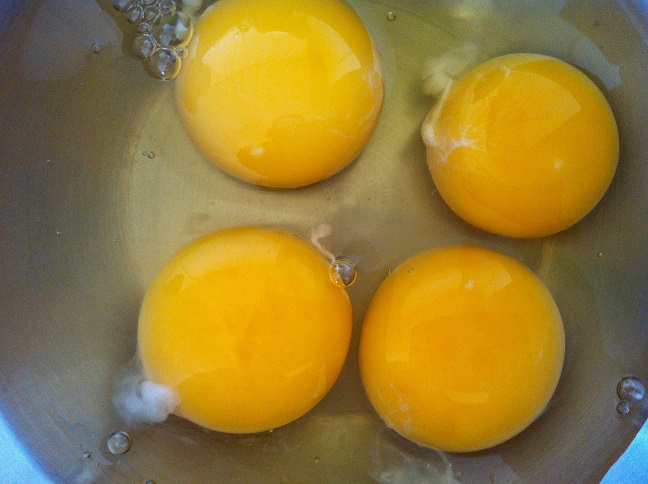 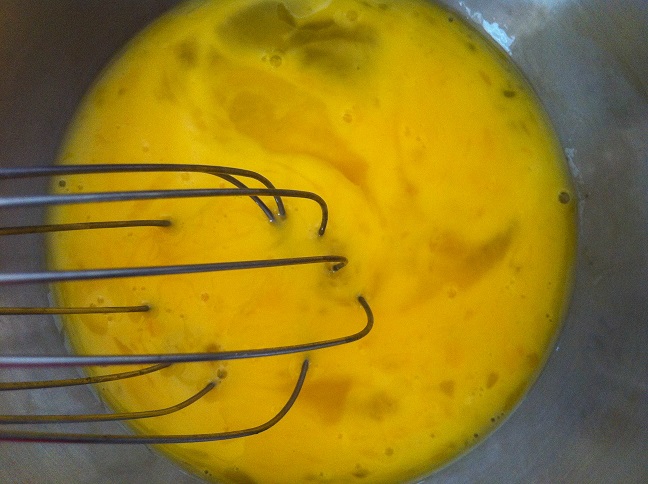 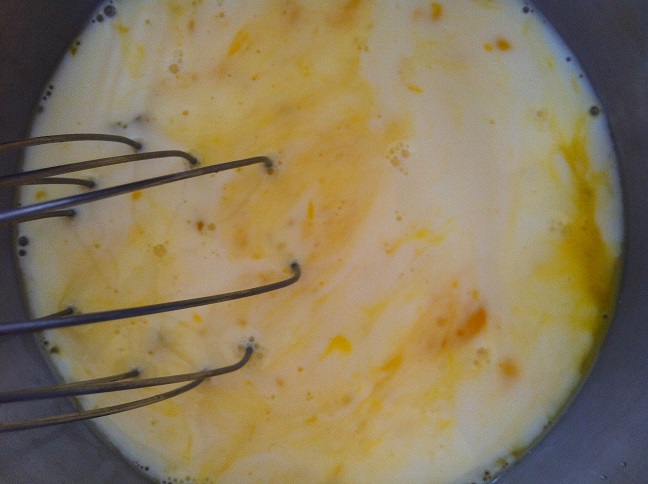 Pour the egg and milk mixture over the spinach, artichoke, and cheese. Make sure that the surface is relatively smooth so press the ingredients down with a spatula to flatten them. 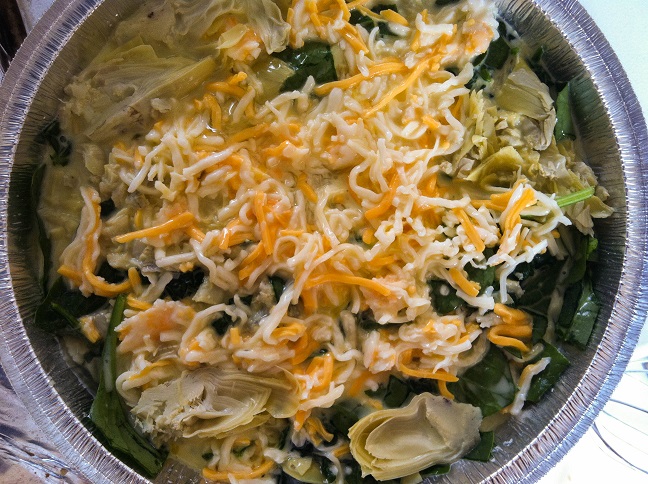 Place the round baking pan into the oven and bake for about 45-60 minutes. As the quiche bakes, it becomes firmer. At around 45 minutes, take the quiche out and check to see if the quiche has become firm, puffy, and is no longer liquidy, especially around the center. My quiche took around 55 minutes. However, each oven is different so it might take more or less time for you. 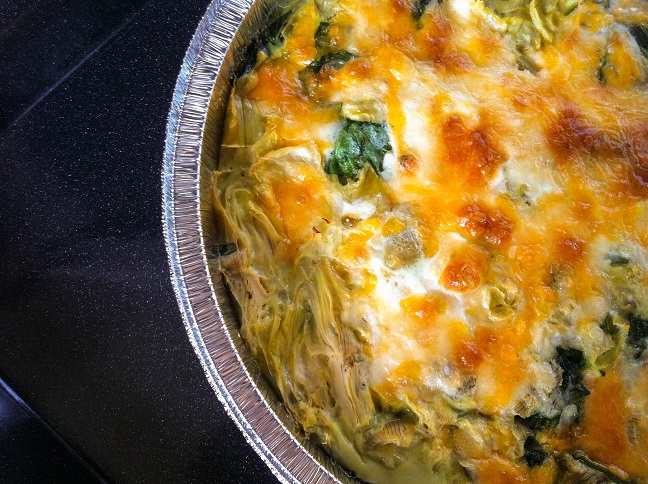 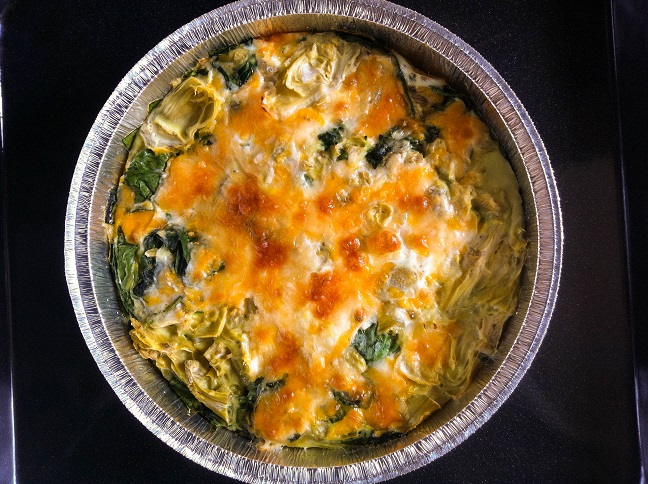 Once the quiche is done, allow it to cool for several minutes before cutting into it.

I’ll have to bring this to share at Fiesta Friday. 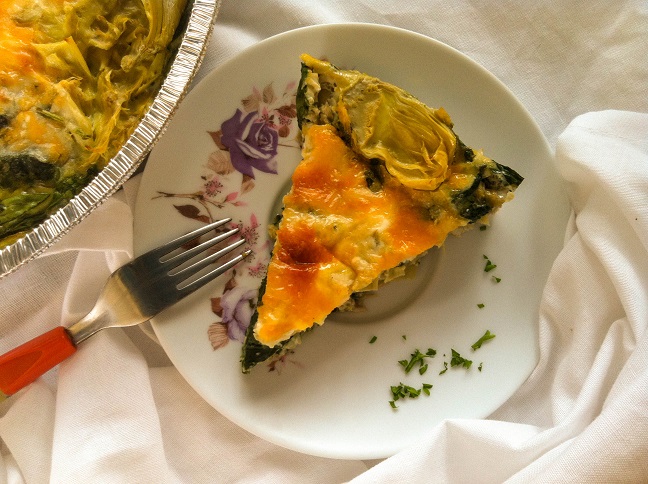