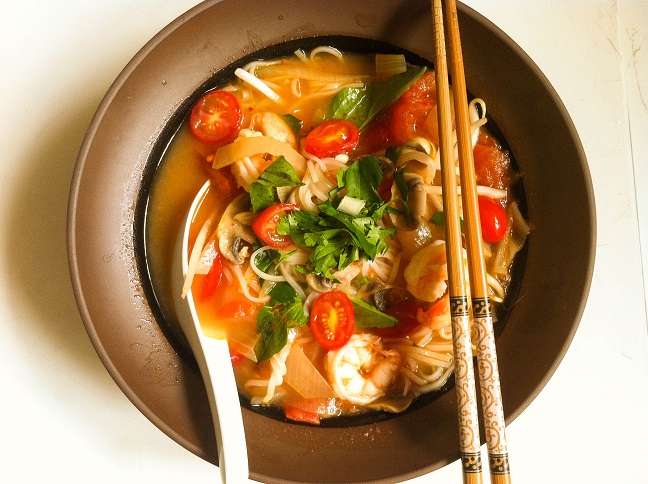 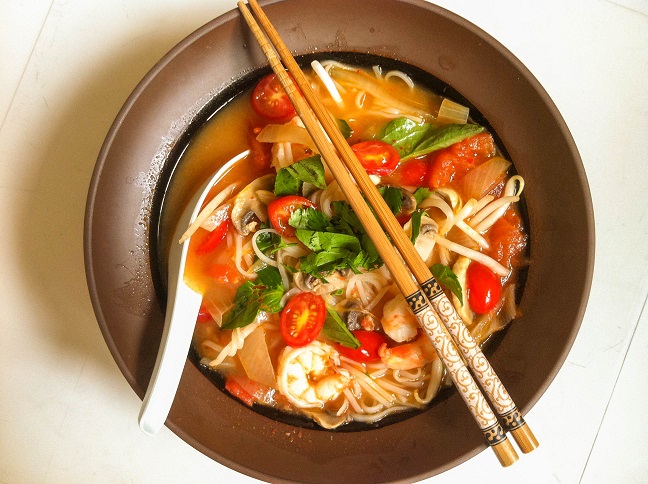 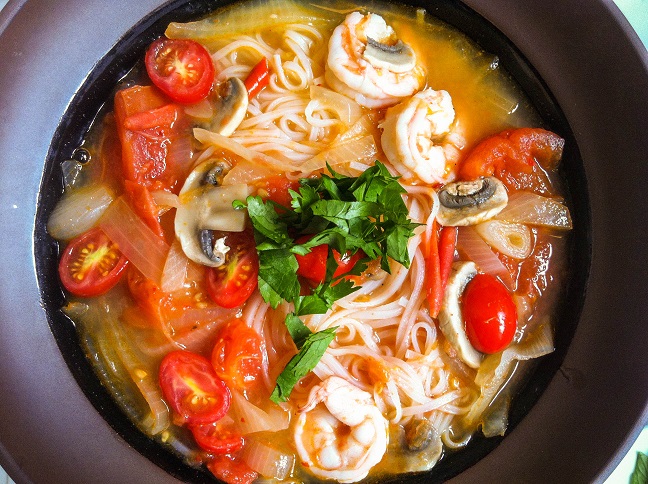 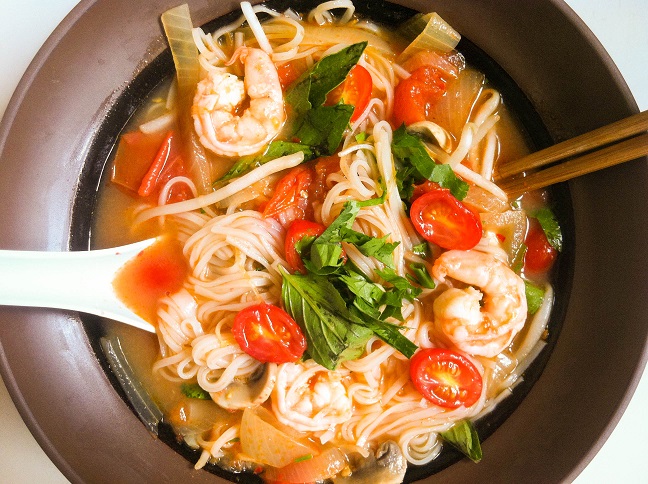 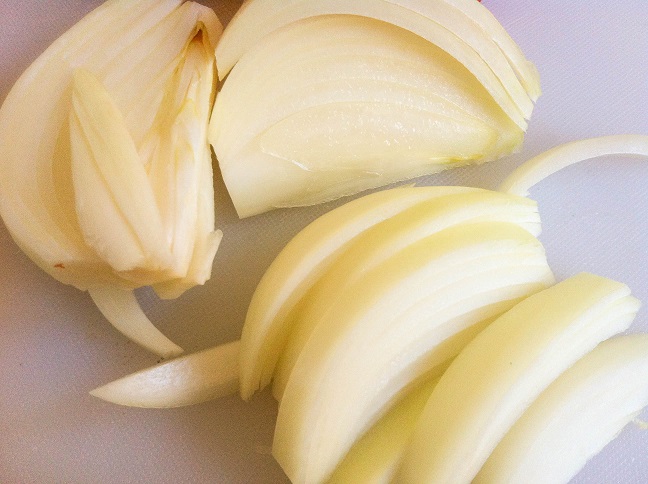 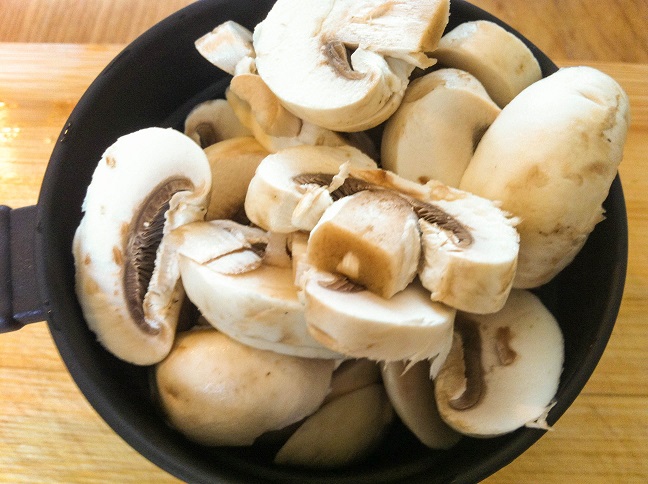 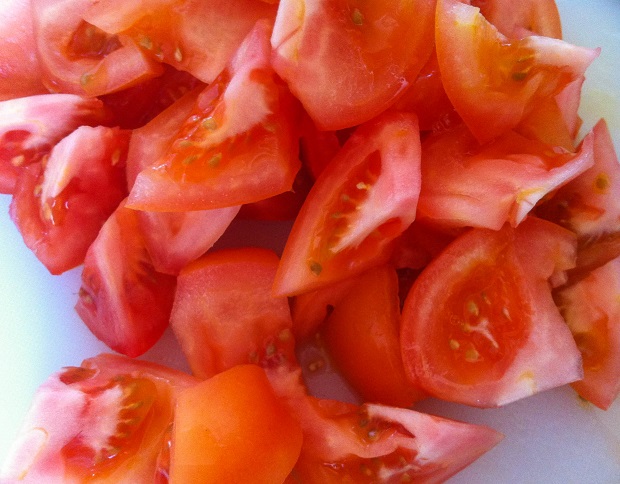 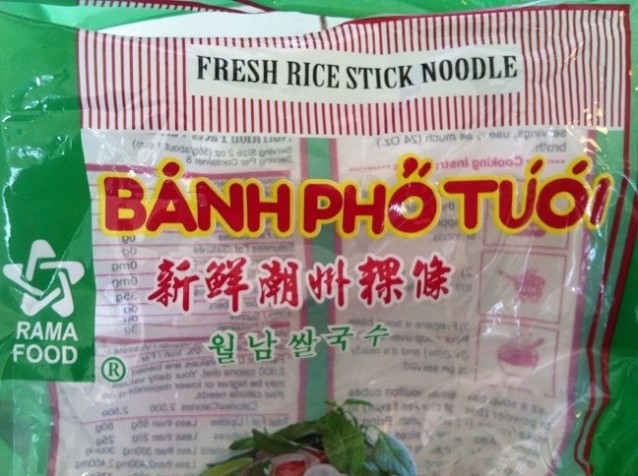 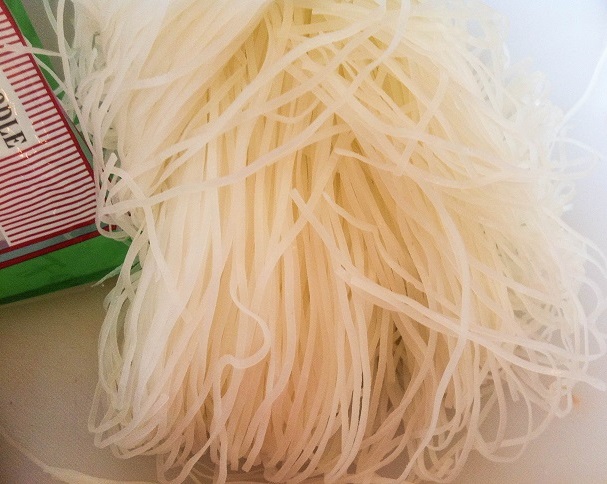 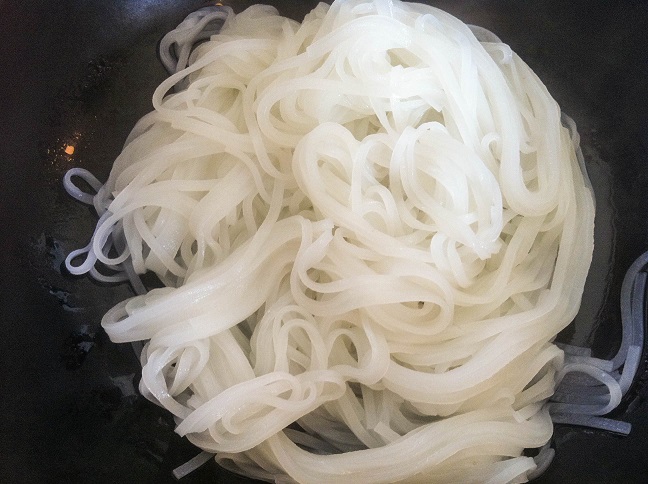 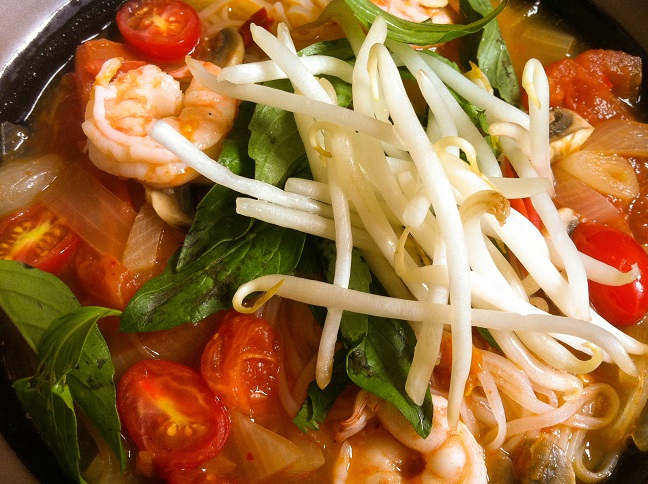 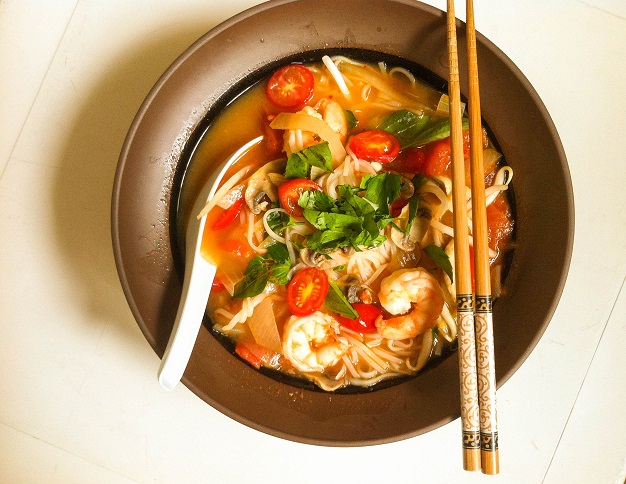 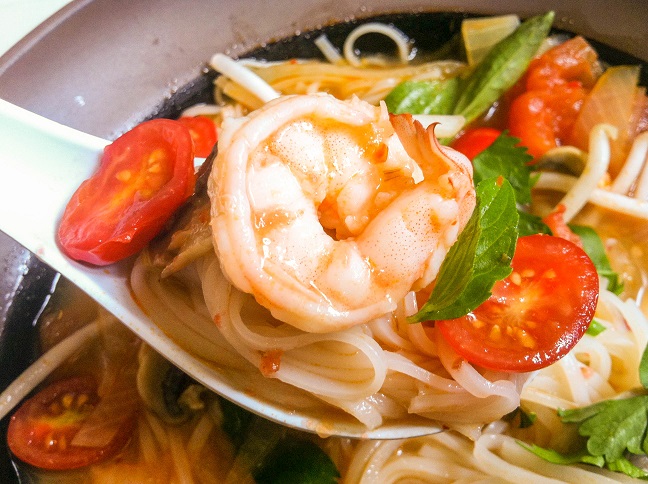 Boil chicken broth in a medium to large size pot. Once the broth boils, add in lemon grass stalks, kefir lime leaves, and galangal slices. Cook for several minutes until the soup is aromatic.

While the soup is cooking, slice onions, mushrooms, and grape tomatoes.

In a small pot, boil water. Once the water boils, dip the pho noodles for about 10-15 seconds until they have just softened and then remove them. If serve immediately, then place in bowl. If not, run the noodles through cold water to prevent the noodles from overcooking.

Add in grape tomatoes to the simmering soup and shrimp. Cook until the shrimp has turned orange in color and no longer appears translucent.

Use a ladle to pour the soup over the noodles. Add in toppings such as basil, bean sprouts, and jalapeno. Serve immediately hot.

3.1
https://cookingwithawallflower.com/2014/05/23/pho-thai/
© *Cooking With a Wallflower.* All images and content are copyright protected. Please do not use my image without prior permission. If you want to republish this recipe, please rewrite in your own words, or link back to this post for the recipe.