A deliciously rich pumpkin layer on a moist vanilla wafer crust, cut into single serving bars. These classic pumpkin pie bars are simple to create and perfect for the fall holidays. 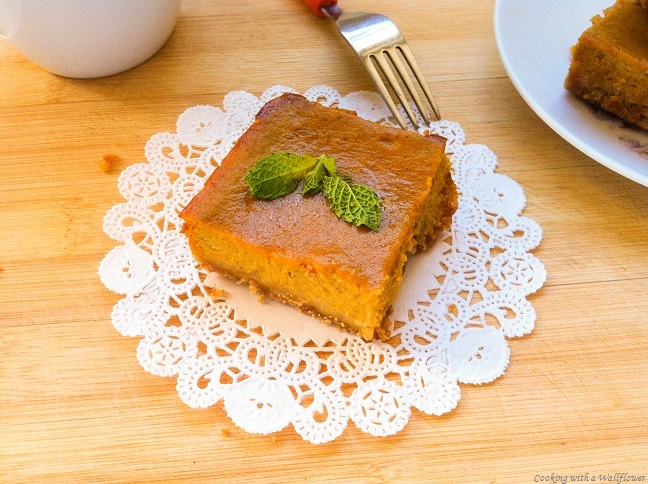 I have another pumpkin recipe for you! This time, it’s a classic. 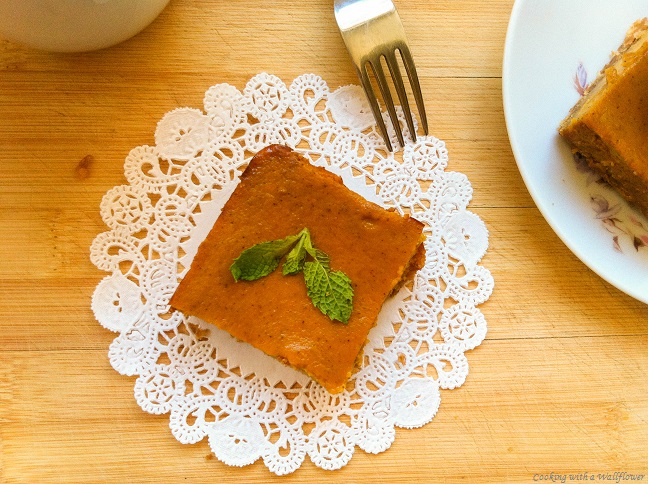 With all these fall related recipes, I think by the time we reach Thanksgiving, you might just be tired of pumpkins and apples. My cousin has already declared that she doesn’t want pumpkin pie for Thanksgiving after all the taste testing I’ve made her do these last few weeks. Maybe it’s time to find someone else to test out these recipes and desserts. =)

Don’t worry though, I promise that we’ll take breaks in between for other foods too because as much as I love pumpkin and apples, I might end up feeling the same way my cousin does if I eat them every day. Plus, there’s soo many new recipes that I’m excited to share with you. But for today, it’s definitely another pumpkin recipe.

This month, I’m over at Ask Anna again with a recipe for Pumpkin Pie Bars. Sometimes I prefer having my desserts in bars rather than as a wedge-like slice. Why? Because it’s so much easier to pack up into containers and put away. It’s so convenient and compact. And I love that! Which is why, instead of a circular pie, I made a rectangular one. 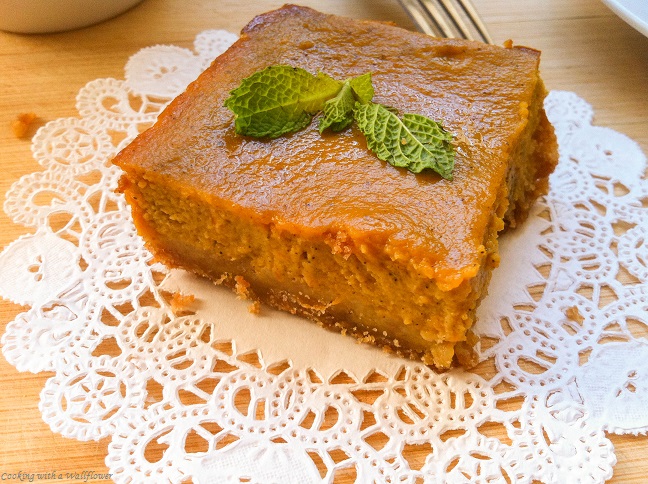 These pumpkin pie bars are made in a 9×5 inch baking pan, that way they’re easy to cut and portion controlled.

The pumpkin layer is so amazingly moist and rich and pumpkin-y. And you’ll love the easy to make vanilla wafer crust.

Give these Pumpkin Pie Bars a try! You might end up making them for your Thanksgiving dinner =) 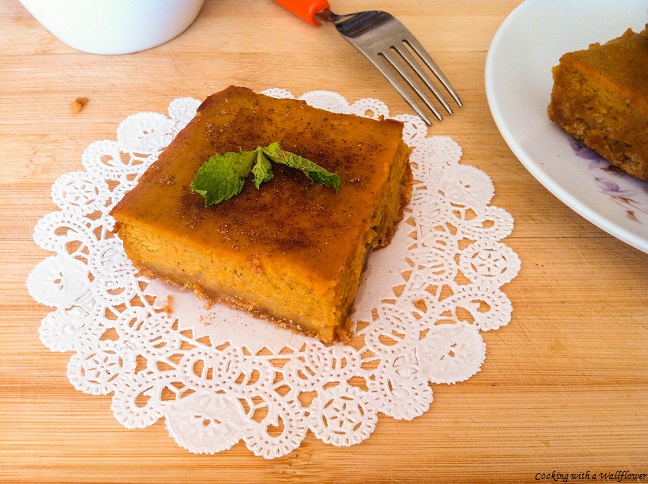 Find the recipe for my Pumpkin Pie Bars over at Ask Anna. 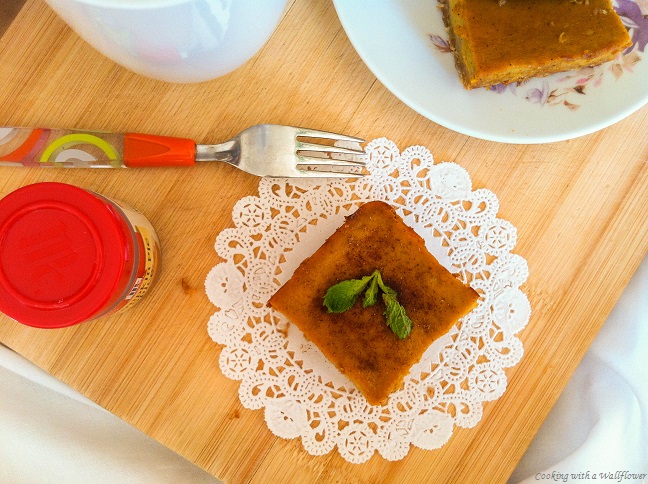