Crispy bacon wrapped around sweet figs, a tasty appetizer to serve before the main course. A unique combination of sweet and savory, bacon wrapped figs are easy to make and delicious. 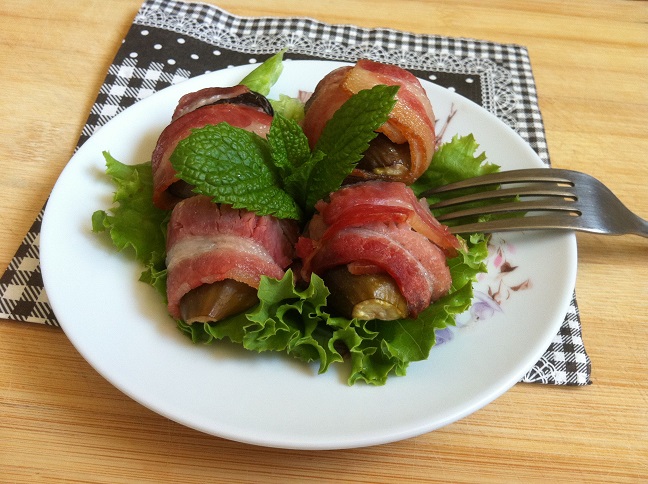 My grandma lives a few houses down from a neightbor who has a fig tree in his front yard. Once figs are ripe, they fall from the branches, splatter, and cause a big mess on the grass. Since that fig tree is huge, he’s willing to share his bounty. He keeps a wooden ladder permanently under the tree to allow anyone who wants figs to have easy access to picking them. That means we have an almost unlimited supply of fresh ripe figs. =) 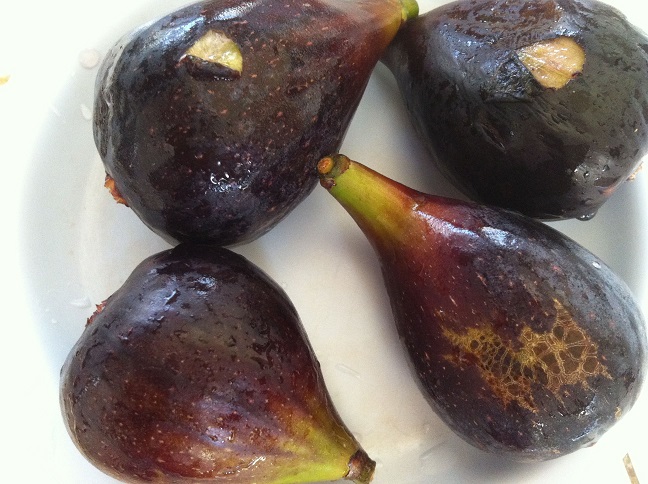 From one of the first batches of figs, I decided to make bacon wrapped figs. Have you had them before? It’s a mixture of so many flavors and texture. Baked crispy bacon on the outside and soft sweet figs on the inside. It’s so addictive. I can’t stop eating after a couple. 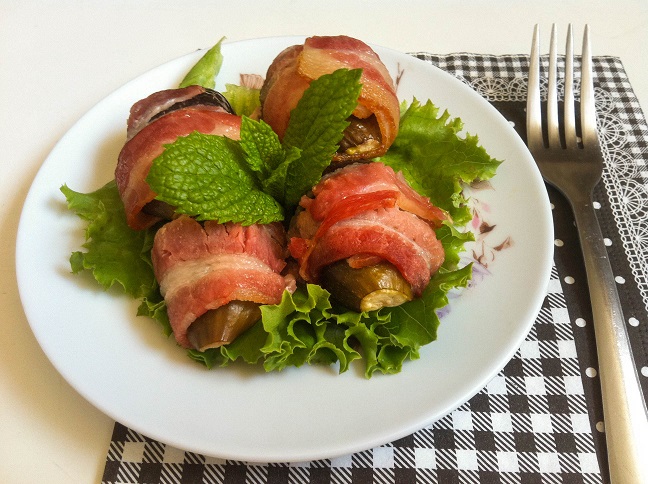 Two ingredients, tons of flavor. What are you waiting for? Try it now! 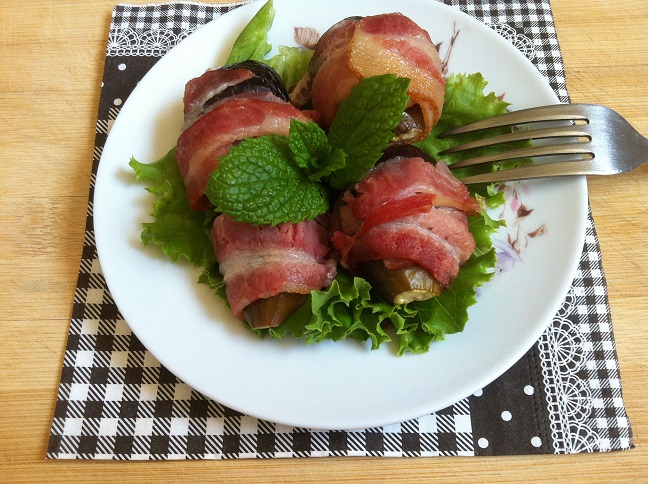 First, preheat the oven to 350oF. Line a baking pan with foil and lightly grease with nonstick cooking spray. I’m doing this to keep the bacon from sticking to the foil. 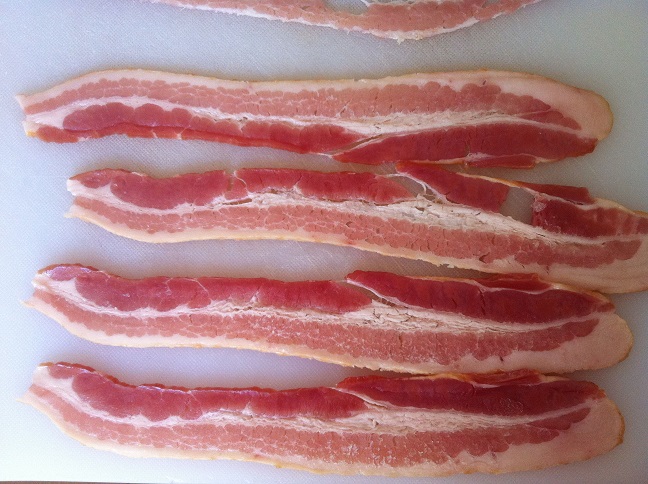 I did remove some of the fat lining the bacon. I can’t help it. That’s how I eat bacon. Ask my roommate from college. We used to go to the dining hall for breakfast early in the morning. I would pile my plate with bacon strips and tater tots. I know, super healthy, right? Lol. Just kidding. I’d eat my bacon slowly so that I can remove the fat. I love the taste of bacon itself, but not the fat. 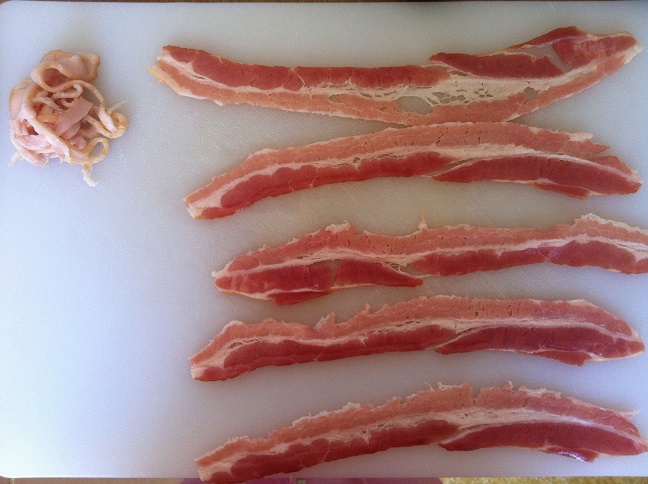 Cut each fig in half. You want your figs to be as ripe as possible because that’s when it’s at its sweetest. Wrap a single bacon strip around each fig halves. Then lay the bacon wrapped fig down on the loose end, that way they don’t unwrap while they bake. Continue until all the figs and bacon are used. 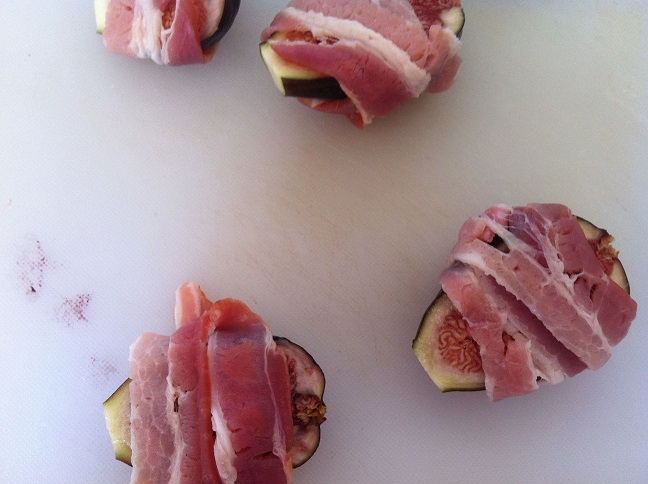 Bake them in the oven for 10-13 minutes or until the bacon is crispy. Every oven is different so it might be take more or less time for you. 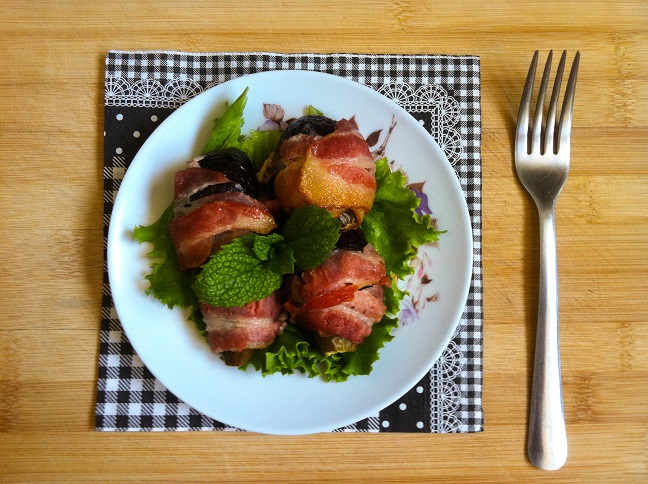 For a printer friendly version of this recipe, click here.

Click on the image below for an enlarged version of this recipe.