“Traveling solo does not always mean you’re alone. Most often, you meet marvelous people along the way and make connections that last a lifetime.” – Jacqueline Boone 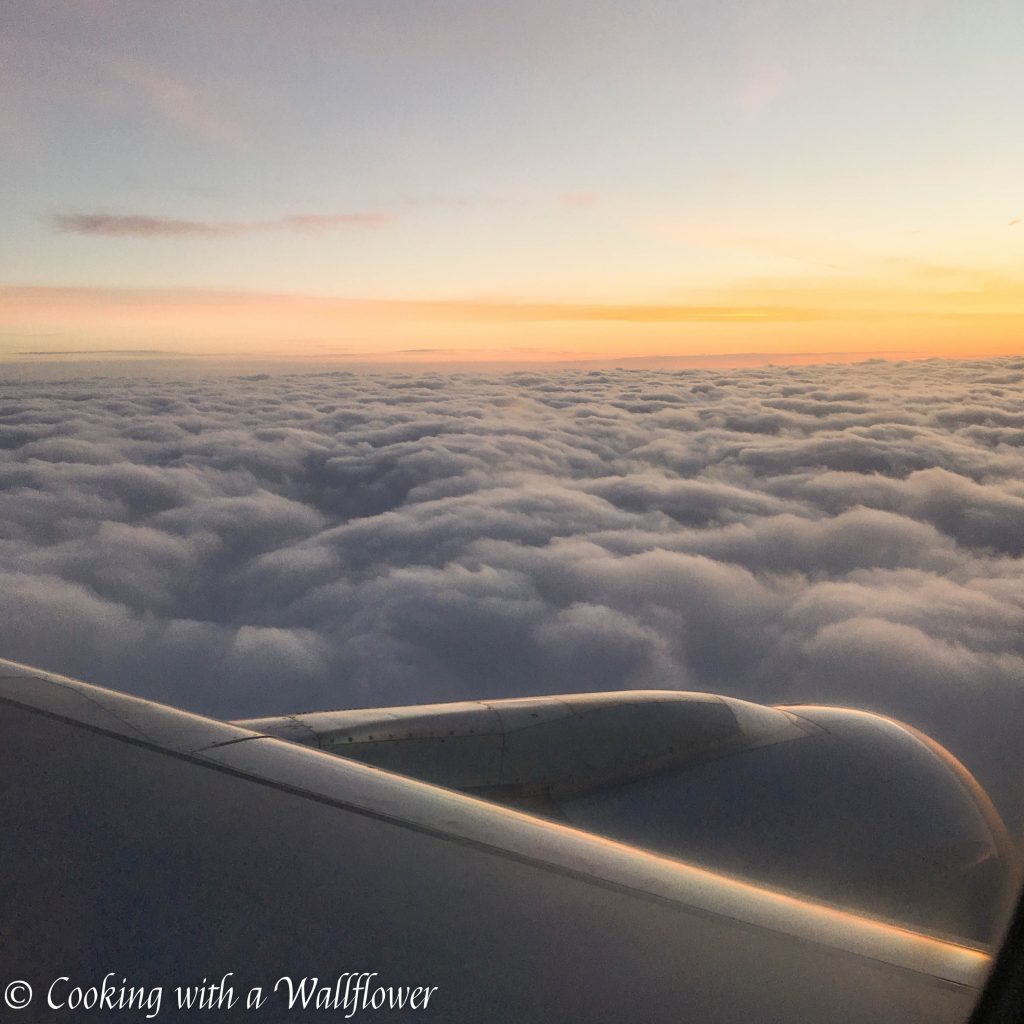 Earlier this month, I spent three days traveling solo and exploring a city I’ve never been to before. I have never traveled alone before, even to interviews for schools. I have always traveled with family and friends. But seeing and reading about other people’s solo adventures, I became a little curious. And honestly, after awhile, I got tired of waiting for someone else’s schedule to work with mine so that we could travel together. Because there’s almost always some sort of conflict in scheduling, which means plans fall through.

It was time to travel solo. At least, for a few days anyway. 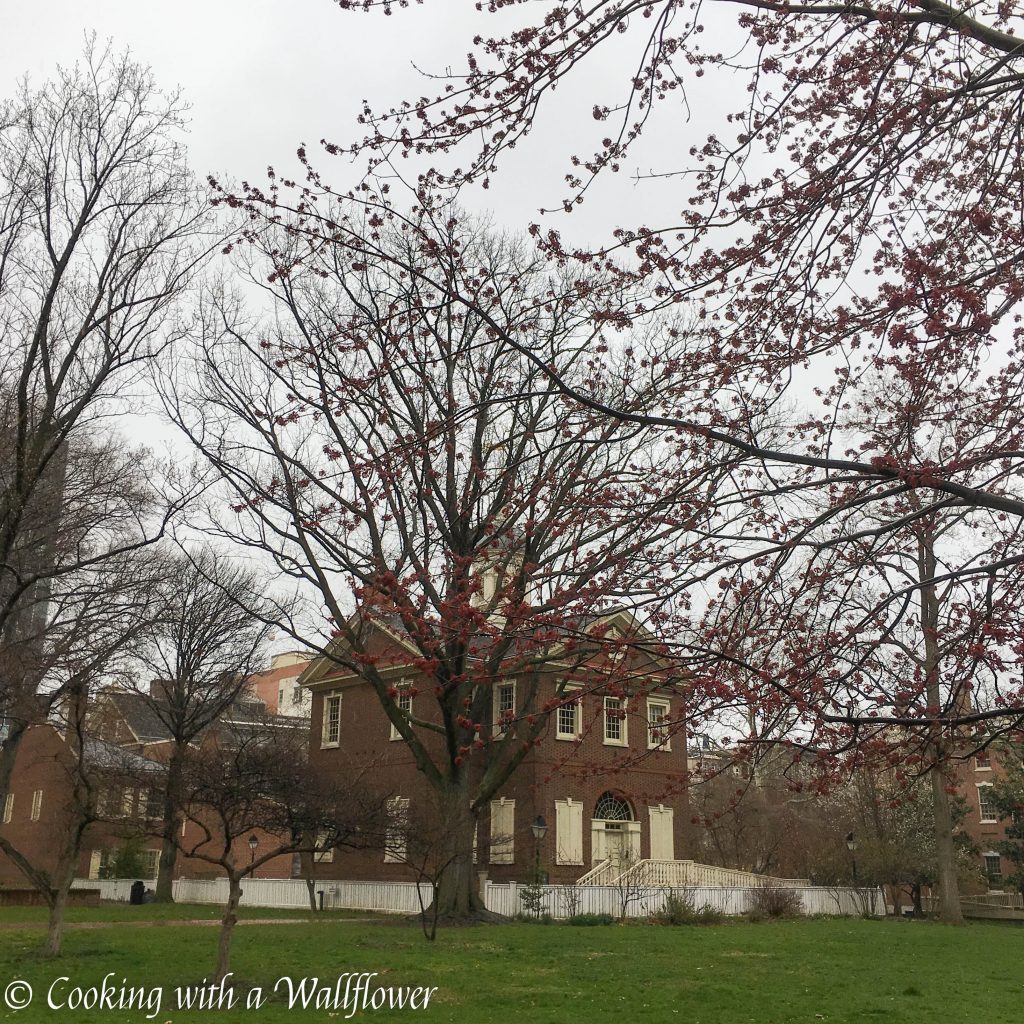 The purpose of going to Pennsylvania was to visit my friend, Jennifer, who currently lives in a small town about 2 hours from Philly where she is doing her medical school residency. Since Jen was working during the week, I thought I could take the red eye to Philadelphia and spend a few days there.

Three days of exploring an unknown city on my own was probably the most amazing experience I’ve ever had in my life. I was a little nervous at first. And while I hinted that I was traveling alone, only several close family and friends actually knew that I was. I watched way too many crime dramas to announce it to everyone. Lol.

Weeks before my trip, I was on Yelp bookmarking places I wanted to visit and eat. I scoured recommendations from websites and magazines for a few good places to eat. And I made reservations for 1 for dinner so that I didn’t have to wait to be seated. That way I would still have time to explore afterwards, and maybe have another meal? A second dinner never happened, sadly. I was always too full.

I wanted to do so many things so I made a list of what I wanted to do per day. And if I got to it, great. If I didn’t, then there’s always tomorrow. But the trick was to start early. My day started at around 7:30-8:00 in the morning. I could have breakfast first or find destinations that didn’t have a late opening time. Plus, if I went early, it would be less crowded overall. 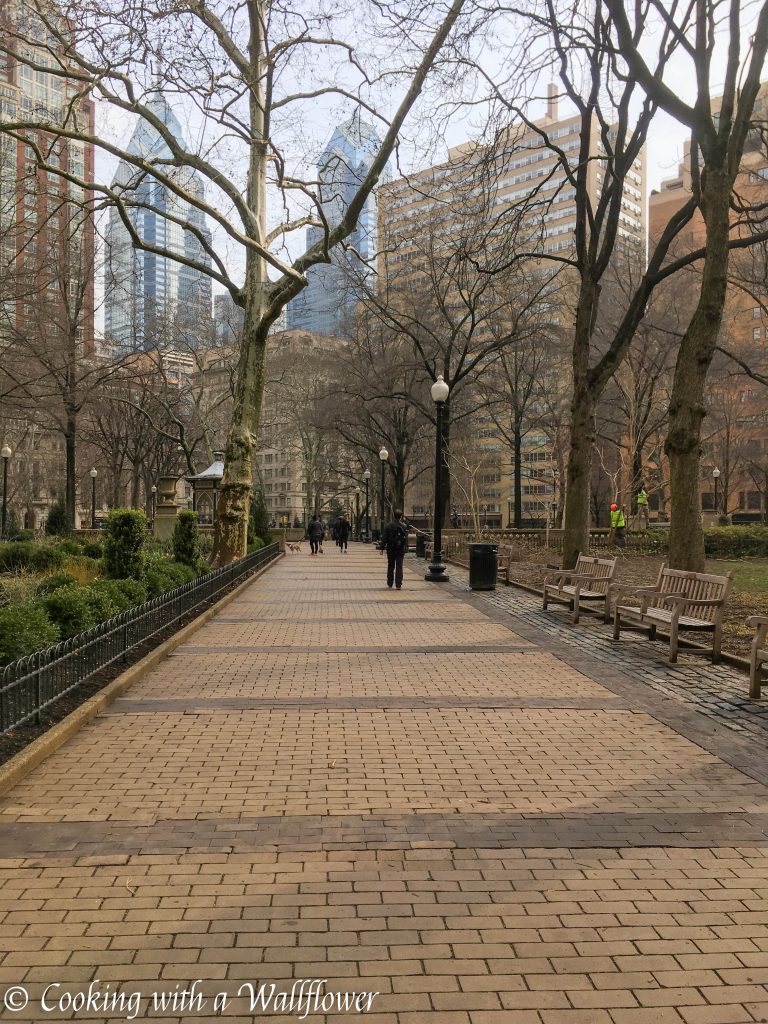 The best part of traveling alone?

I think just being able to wander around and taking in the sights. If you’re able, walk around the city, you get to take in so much more that way. And whenever you come across something interesting, you can always stop and explore it a little more. If you travel by car or even by bus, there’s so much in between destinations that you might be missing! 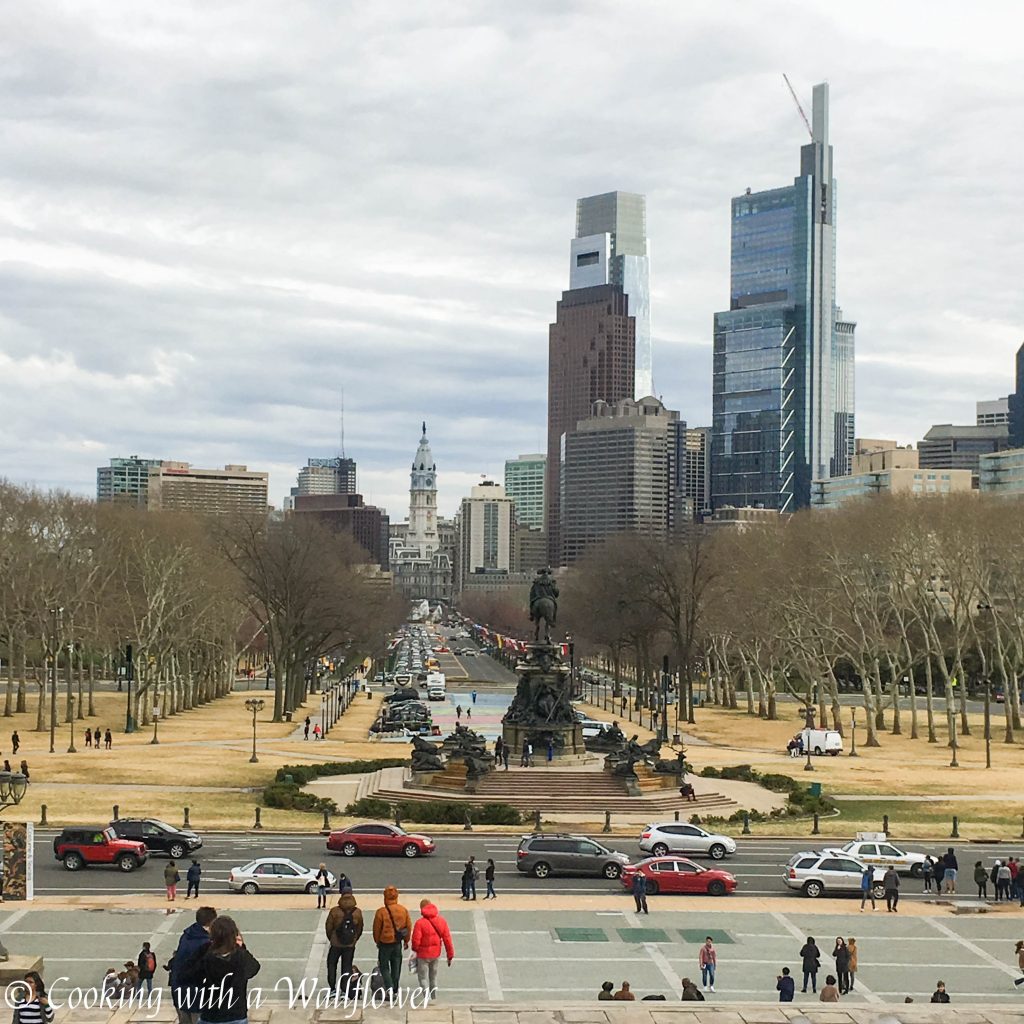 Traveling by myself meant that I got to do everything I wanted to do at whatever time I wanted. I could get ready early in the morning and leave without having to wait on anyone. I could go to all the places that I want and spend however much time I want without worrying that someone else might be bored. I got to eat at my choice of restaurants and take all the photos I want. Lol.

But what I loved most was that I felt I was more aware of my surroundings. I noticed the details in the architecture of Philadelphia’s City Hall. I noticed the branches of cherry blossoms covering the Philadelphia Museum of Art. I saw the petals on the ground. I was giddy over the snow flurries that drifted from the sky but melted the moment it landed on my hands. So many experiences that I feel like I might have missed out on if I were traveling with other people. Mostly because I would be busy talking. 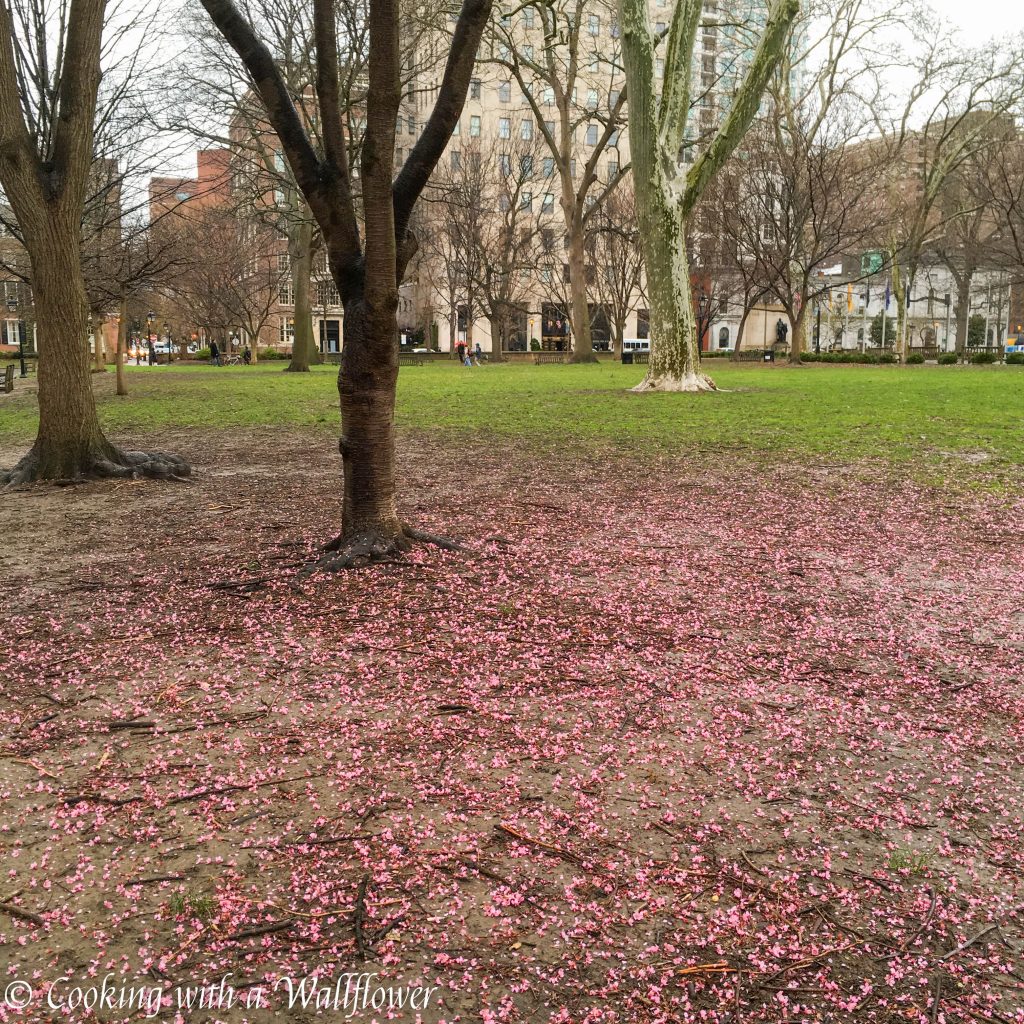 Before this trip, unless I was studying, I didn’t like to sit at a restaurant alone to dine. It just felt awkward. I mean, what do you do with yourself? Do you play with your phone? Do you people watch? Is it awkward that you’re staring too long? But in Philadelphia, it became a different experience.

I made dinner reservations at two restaurants that I wanted to try, but I didn’t realize how nice the restaurants were until I arrived under dressed with a bulky jacket, wet from the rain, and carrying a bright yellow bag of souvenirs. Awkward. But whatever. It became a fun experience because I felt I got to interact with the servers and my surroundings. I asked my servers for their recommendations and I ordered what they recommended. My meals were soooo good. I still took a ton of not so great quality photos. I know dinner by candlelight is supposed to be romantic, but it’s terrible for photos. I even got to talk to the people sitting at the next table, which I don’t normally do.

Traveling alone made me leave my comfort zone. I reached out to strangers and engaged in conversations. I got recommendations from locals and discovered places I might not have come across during my research online. And it was just sooo much fun.

The worst part of traveling alone?

I didn’t get to eat as much! No matter how much I tried, I could not get in as much food as I would have if I went with more people. Because when you travel with more people, you can order more. It’s also very difficult to go to the bathroom when you have to take all your things with you. Just saying.

Would I travel alone again? Yes! I already have a list of destinations that I would love to go in the next year or so. Knowing that I could navigate a city I’ve never been to on my own has been pretty liberating, and it’s an experience I recommend everyone try at least once. 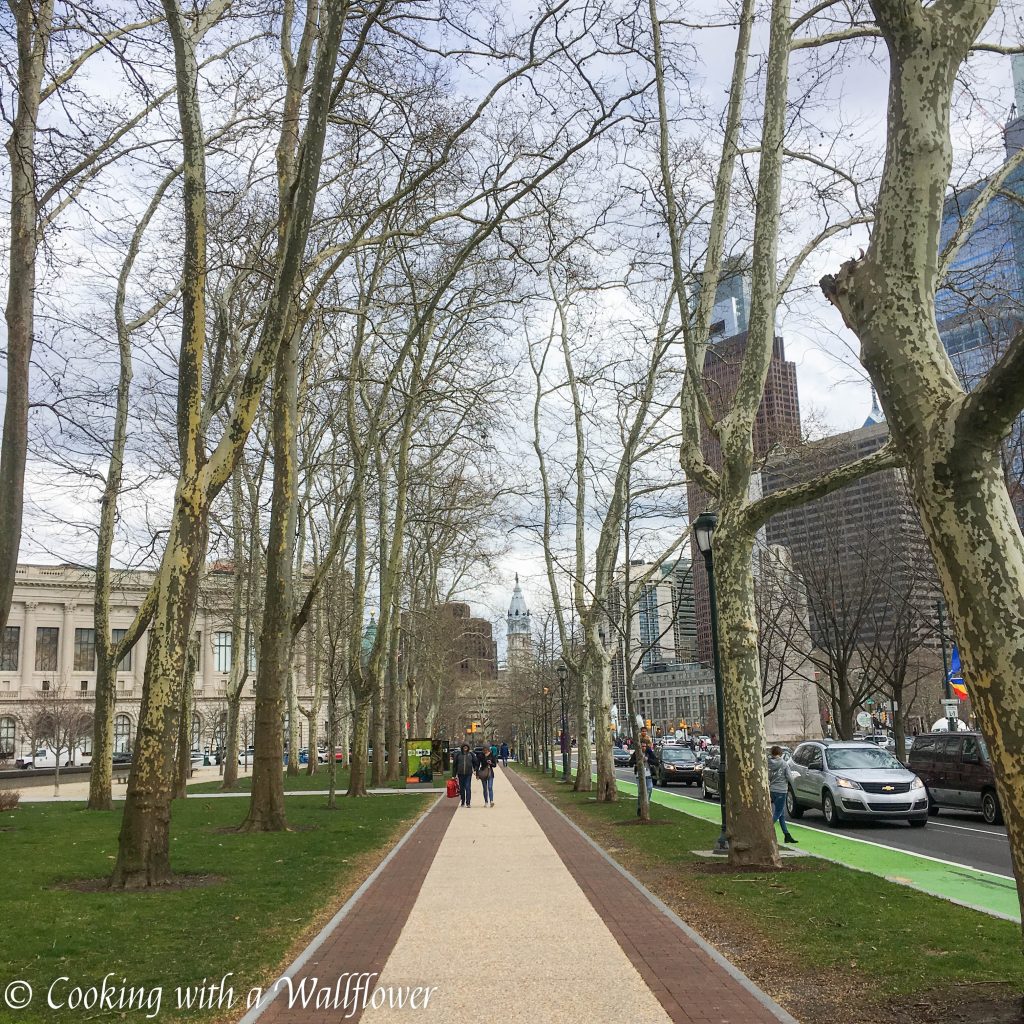 I’m still sorting through photos and grouping them. But I will share more photos with details of my trip with you guys soon <3