Mini vanilla cheesecake on a moist graham cracker crust topped with sprinkles. A great dessert to make and bring for Thanksgiving dinner.

I admit it. I can eat cheesecake every single day if I didn’t have to worry about the calories or the cost. What’s not to love? It’s rich, it’s creamy, it’s decadent, and it’s addictive.

It’s almost embarrassing to say, but every year, I look forward to National Cheesecake Day which always falls at the end of July. On this day, Cheesecake Factory offers half off any slice of their cheesecakes. In the past two years I’ve made sure that I always had time available in my schedule to visit the chain restaurant and indulge in a slice of cheesecake, most likely whatever new flavor they’re debuting that day.

But I don’t want to wait for that one day a year to indulge my cravings. Okay. I lied. I eat cheesecake more than once a year.  I get it for my birthday too. But wouldn’t it be great to be able to eat it whenever I want? And not feel too guilty about the calories?

So I decided to make my own cheesecake. Since it’s my first time making it, I didn’t want anything too complicated so I settled on vanilla. This recipe doesn’t take long to make, it’s lower in calories since I replaced some of the butter and sugar with vanilla yogurt, and it tastes exactly like cheesecake.

First, take out five graham cracker sheets. Ground it up into fine pieces with a food processor or a blender. 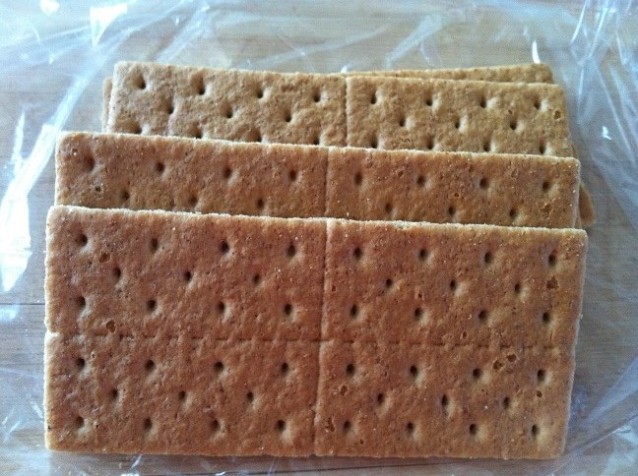 If you don’t have a food processor or a blender, that’s fine. Use what you have. You can place the crackers in a clean bag and use a hammer to crush them into fine pieces. Be careful though. The bag might end up with holes from the sharp edges of the graham cracker, and you’ll have a mess. 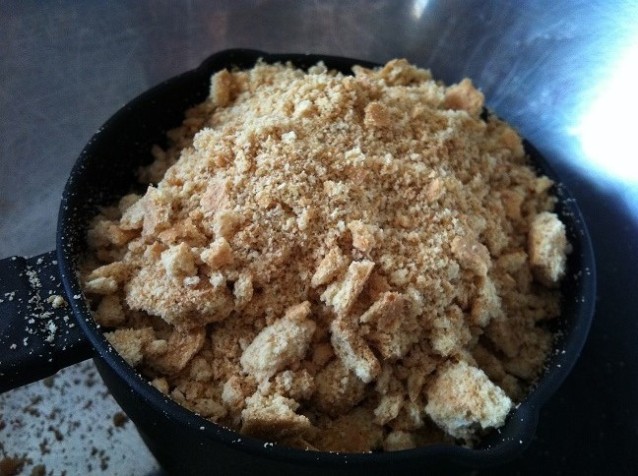 Next, add two tablespoons of melted butter and two tablespoons of French vanillayogurt. By substituting some of the butter with the vanilla yogurt, I feel that the crust is a little bit healthier, and it still does an effective job of moistening the graham crackers. Now, when you touch the crumbs, they feel moist and soft.

Preheat the oven to 350 degrees. Line a muffin pan with 9 cupcake/muffin liners since this recipe only makes 9 mini cheesecakes. It’s an odd number. I know. But it works.

Distribute the graham cracker crumbles evenly into the muffin tin. Then, with the back of a spoon, flatten it down. Set this aside while you make the cheesecake filling. 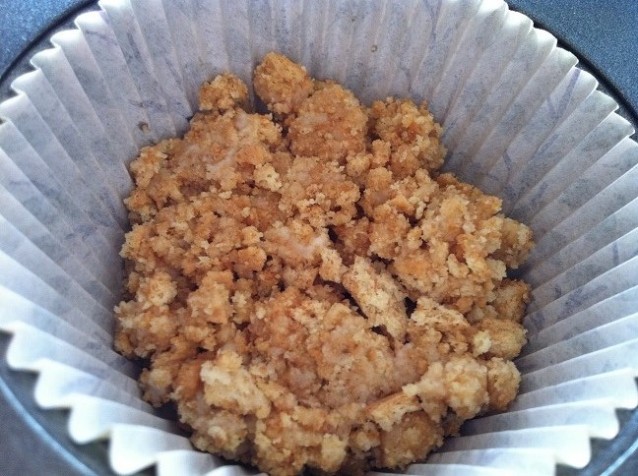 The cream cheese should be at room temperature. You want it to be slightly melted and softened so that it’s easier for you to whisk and mix. 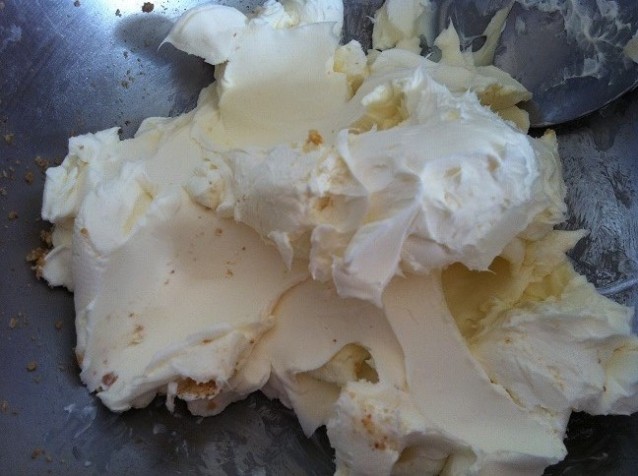 Add in the sugar and mix well.

Add in the vanilla extract and 1/4 cup French vanilla yogurt and combine. Then add in the beaten egg and mix well.

Beat and combine until the batter is smooth and mostly free of lumps. The photo below is how the batter should look like.

You want to avoid lumps in the batter because it will affect the way the cheesecake turns out. If there are too many lumps, the cheesecake will also appear lumpy. Like the picture below. It doesn’t look too appetizing, does it? The surface looks like cottage cheese. This photo was of my “not so great” batch. I took the photo to show you what you don’t want. So make sure to whisk your cream cheese batter until it’s as smooth as you can get it. 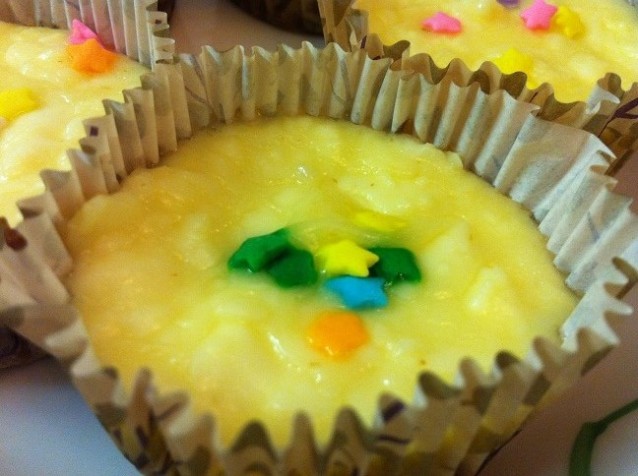 Once the batter is smooth, go ahead and distribute it into the 9 cupcake/muffin liners.

Now for the fun part, sprinkles! I used about a tablespoon of sprinkles. But if you like, you can use more. Or less.

Distribute them evenly on top of the 9 mini cheesecakes. 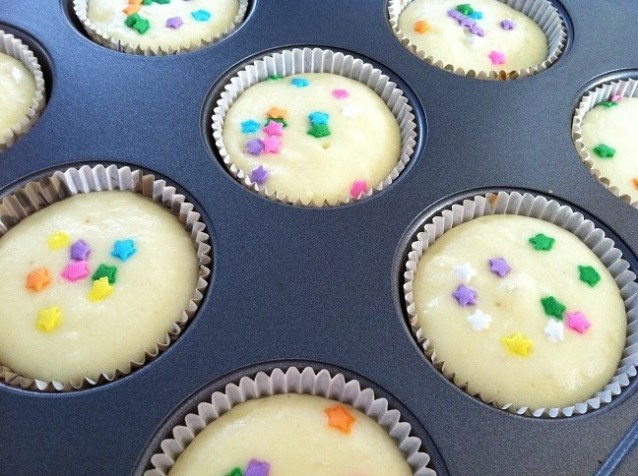 Some people do place the cheesecakes into the fridge without a cover. That’s fine too. I personally don’t like doing that. I actually don’t like leaving anything uncovered in the fridge because I don’t know what might land onto my food.

Refrigerate the cheesecakes for about an hour or more. This allows the cheesecake to become firmer. But check after about 15 minutes to make sure that your cover doesn’t have condensation.

For a printer friendly version of the recipe, click here.

Click on the image below to see an enlarged view of the recipe.